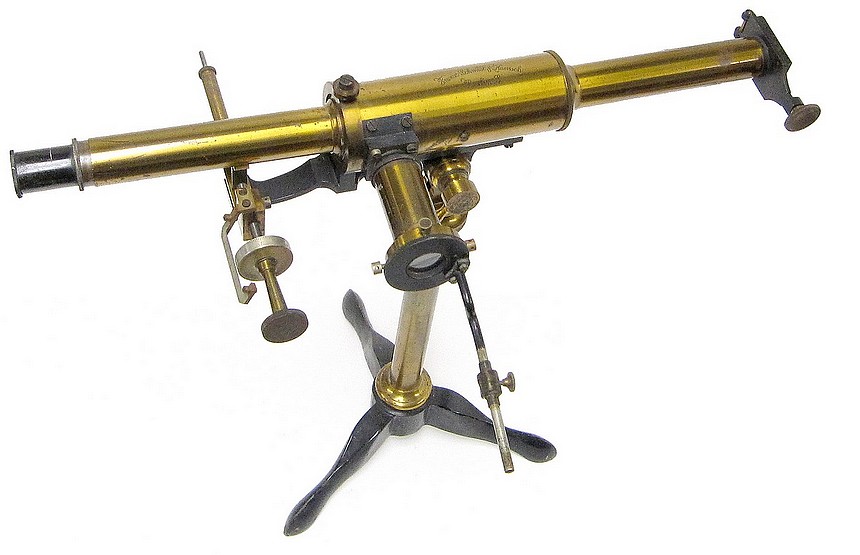 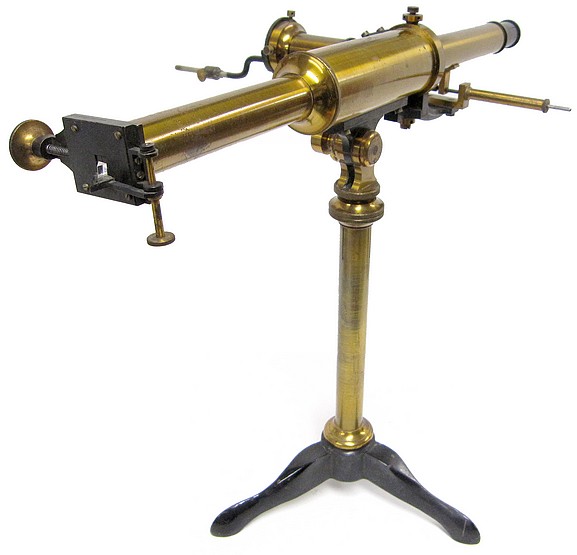 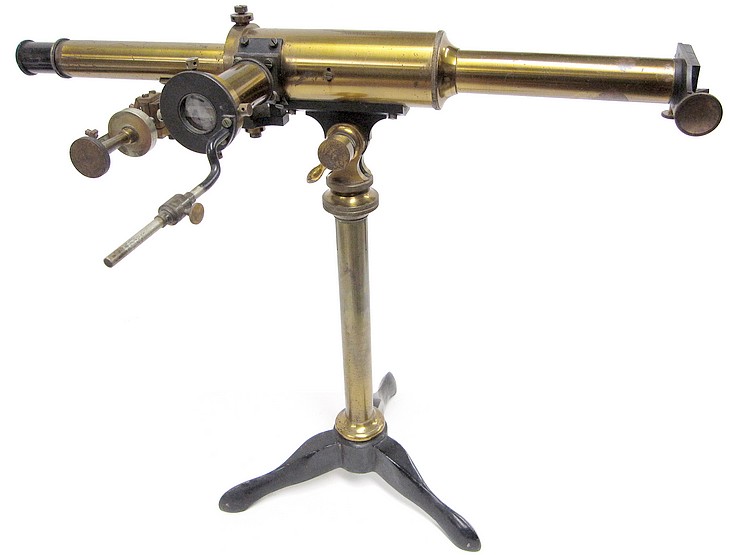 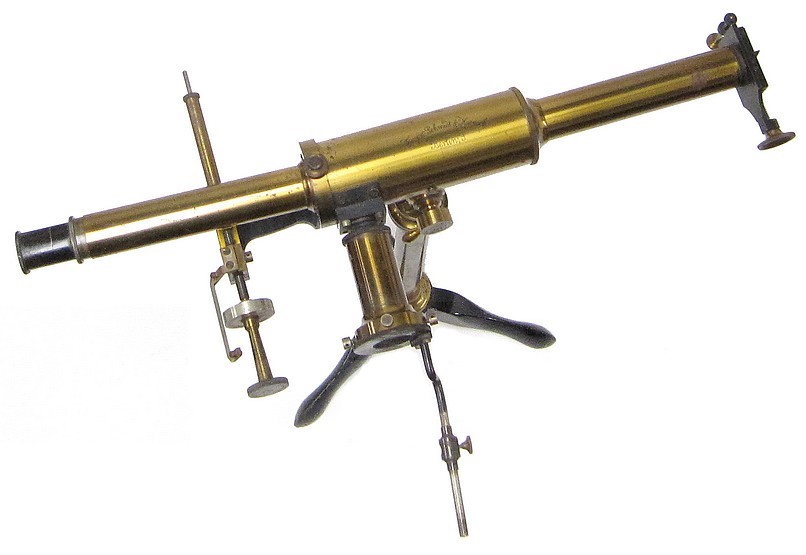 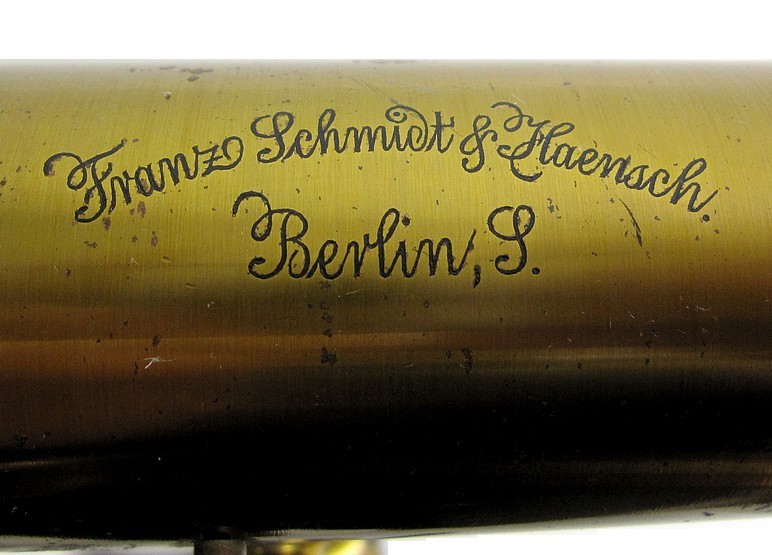 Extracted from:  Report on Machinery and Processes of the Industrial Arts, and Apparatus the Exact Sciences, F. A. P. Barnard, 1869

A form of the instrument superior to either of these has been contrived by Hoffmann, of Paris, the very able constructor to whose skill the investigators of the higher optics have been so much indebted, and who has furnished to Father Secchi and to Mr. Huggins the instruments which have enabled them to prosecute so successfully the spectral analysis of stellar and nebular light. In Mr. Hoffmann's direct-vision spectroscope, the apparatus for dispersion consists of five prisms, three of crown glass and two of flint glass, cemented together into one system with their refracting angles alternately in opposite directions. The arrangement resembles that of the group of letters AVAVA, in which the cross-line of the letters A indicates the path of the light through the system. The dispersion is differential, the angles of the prisms being so chosen as to compensate the mean refraction; and the mean ray emerges parallel to the direction of incidence. But as the extreme rays of the spectrum produced by the dispersion are necessarily not parallel to the same direction, the tube is jointed at a point just behind the system of prisms, and the part near the eye has a liberty of lateral motion sufficient to enable the observer to bring any portion of the spectrum into the field of vision. The angles actually given to the several prisms at their summits are ninety degrees for the two flint-glass prisms, represented in the group of letters above by the two Vs, and also for the central prism of crown glass. The angles of the extreme crown-glass prisms are only sixty-nine degrees.

It is obvious that by increasing the number of prisms a larger dispersion might be obtained; but this would render the instrument more cumbrous, and would diminish the intensity of the illumination. The system of prisms occupies of course a position in the tube immediately in front of the objective of the telescope. But in front of the system itself is another lens designed to render the rays parallel as they fall on the prisms; and the tube, which is extended beyond this lens, carries at its extremity the variable aperture through which the narrow beam of light to be observed is admitted. In order to compare this light with that coming from a different source, a small reflecting prism is placed in front of the opening which it covers only in part, and which is sustained by a support fastened to the tube by a ring clamp. A micrometer very finely divided on glass is introduced into the field of view within the instrument, by means of which the observer may measure the distances between the spectral lines.