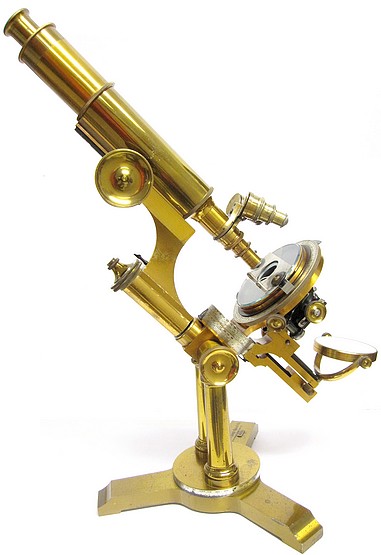 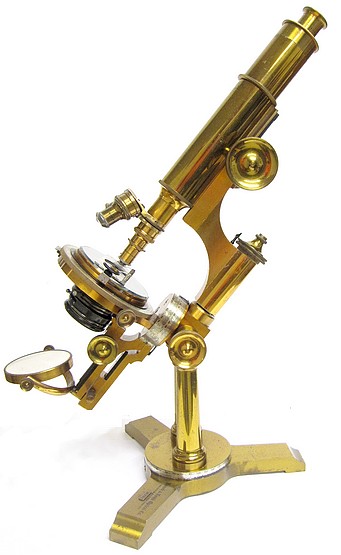 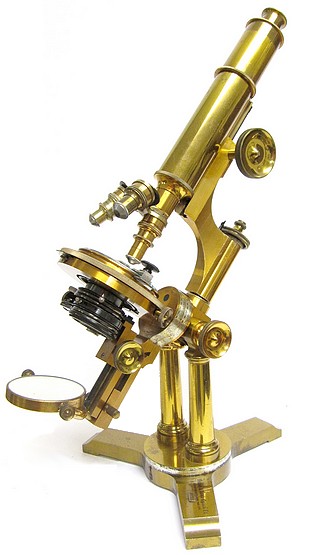 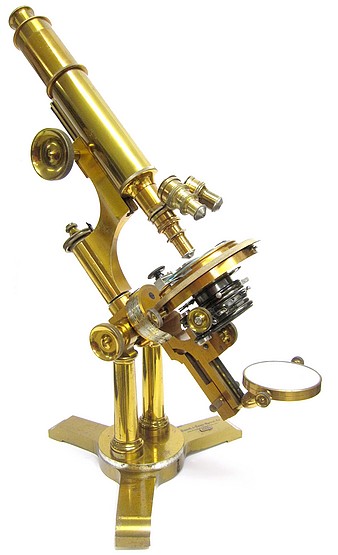 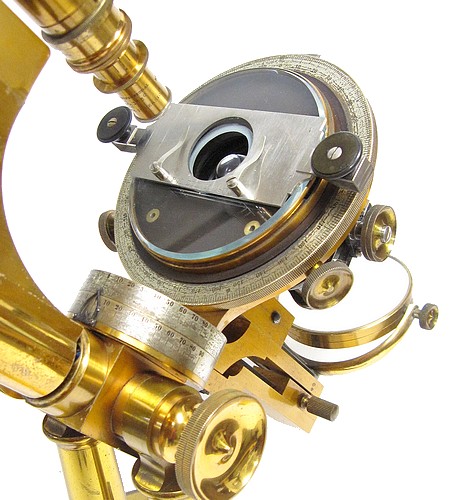 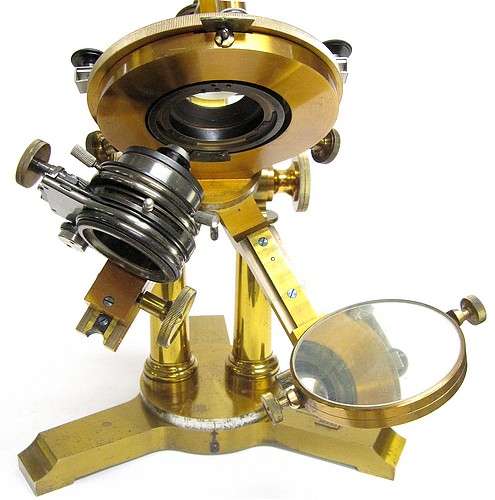 The calibrated stage is capable of full rotation and has centering adjustments. The substage has independent calibrated movements of the mirror and condenser arms.

The following was extracted from the 1892 B&L catalog:

PROFESSIONAL MICROSCOPE - This instrument may be considered as the highest attainment in microscopical construction, in design, solidity and practical utility of the various parts. It is entirely constructed of brass and bronze. The base is unusually large and heavy. To its upper surface is fastened a revolvable plate graduated and provided with index, to which is attached two pillars. The arm is fitted to pillars by joint for inclination with steel axis. Coarse adjustment is by rack and pinion with large milled heads. The micrometer screw acting on fine adjustment is graduated to hundred parts and provided with index finger. Main tube has draw-tube working in cloth lining. Tubes when contracted are of the long standard. Mirror and sub-stage bars are separate and have independent movements working on an axis in the plane of the stage; both are graduated to degrees. Mirrors are plane and concave, of unusual large size and adjustable on mirror-bar. The sub-stage consists of the entire attachment No. 1684, and has a long adjustment by rack and pinion. The stage is revolving, graduated to degrees and provided with vernier. It has spring clips and centering adjustment. Graduations are all silvered. Eyepieces are the Huyghenian, objectives of Series II, unless otherwise stated.

The microscope is equipped with the B&L patented (1877) glass stage and slide carrier, which is described in The Journal of the Royal Microscopical Society, 1882 as follows:

Bausch and Lomb Optical Co.'s Glass Stage and Slide- carrier. This (Fig. 128) is intended as a substitute for the mechanical stage to a certain extent. It consists of a polished plate of glass, incased in a brass ring, which clamps on the circular stage. The slide-carrier, which moves on it, consists of a light metallic plate, and has protruding from its lower surface four small points; at its two ends are prolongations, which are bent downward and inward, and, acting as springs, press against the lower surface of the glass. As the contact between glass stage and slide- carrier is only in these six points, friction is reduced to a minimum, and the action of the latter, although firm, is smooth and steady. It is claimed that it enables work to be done with far more facility than in the ordinary brass stage, where the entire surface of the slide bears on it, and that it is altogether more agreeable. The slide- carrier is provided at each end with small milled heads for manipulation, and has spring clips and a stop for Maltwood finder. Among the accessories are three B&L objectives with canisters marked 2/3, 1/6, and 1/12 water immersion, three eyepieces marked 2, 1, and 1/2-inch, a triple nosepiece, an alternate quick change nosepiece, and a B&L safety nosepiece. The substage consists of a rack and pinion focusing Abbe condenser with iris diaphragm and off-center adjustment. 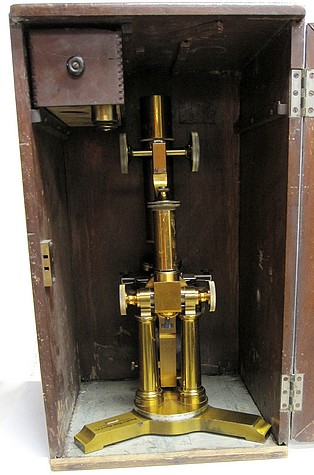 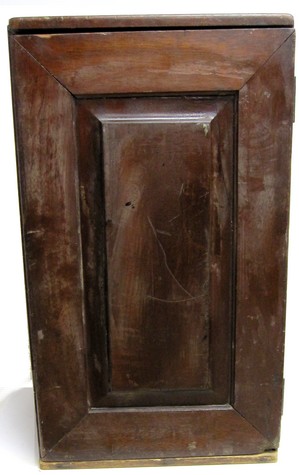 This microscope represents the final version of the Bausch & Lomb Professional Model microscope. It primarily differs from the earlier versions with respect to the shape of the limb and the use of a similar fine adjustment mechanism that was used with the contemporary B&L continental style microscopes. This fine adjustment mechanism was later patented in 1897. In addition, the Abbe condenser used on this version of the Professional model is similar to those that were used with the continental model microscopes that were manufactured at the time. Within a few years after this microscope was made, the Professional Model was discontinued; only the continental style microscopes were then offered by the firm. 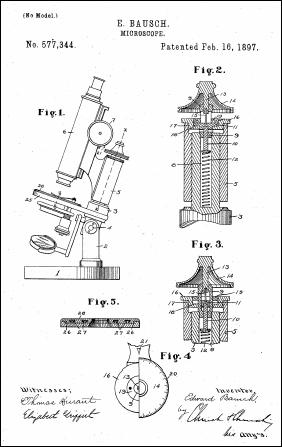 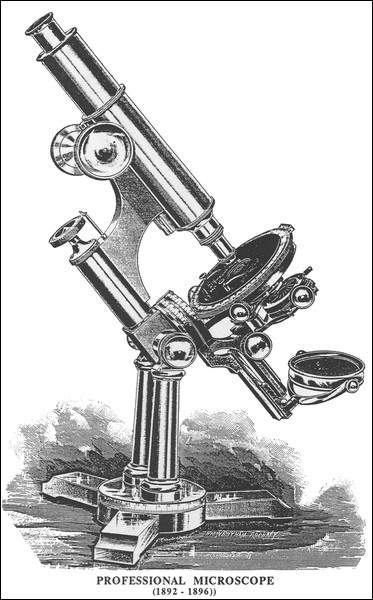 The history of the development of this model is described in the article: