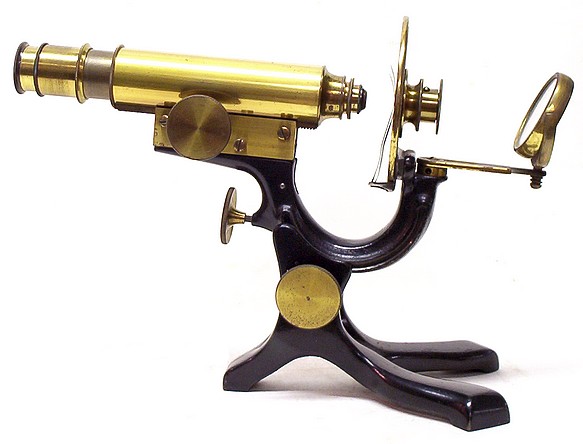 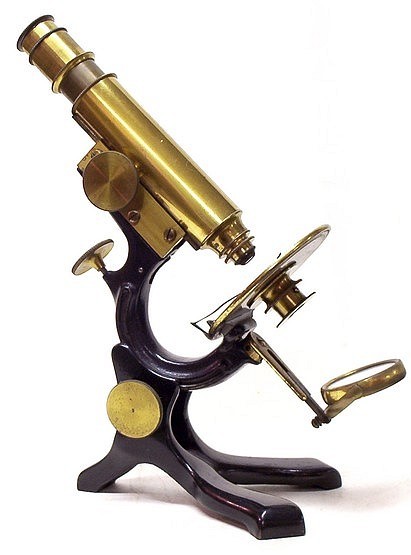 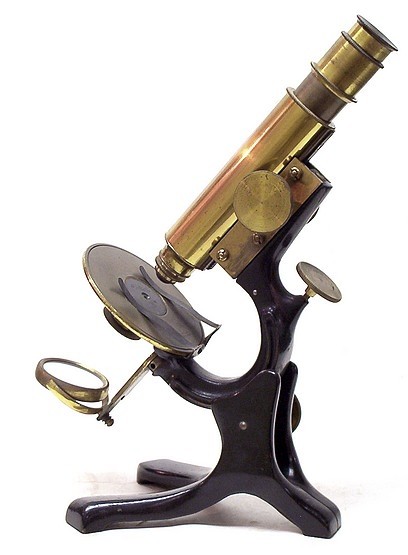 From an advertisement in The American Journal of Microscopy, 1880: 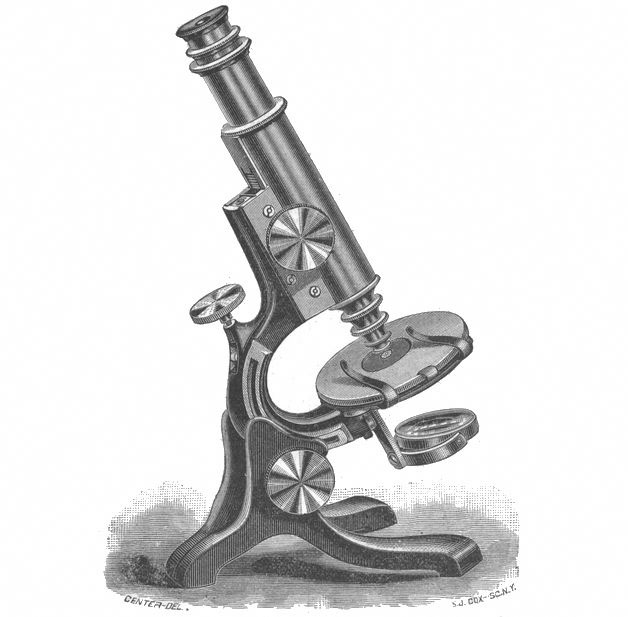 
This Microscope has just been brought out by Mr. Geo. Wale, whose reputation as a maker of flne stands is so well known. It embodies several new and important features, foremost amongt which is the method of hanging the body, so that it may be made to incline at any angle. The method now in general use for this purpose changes the position of the centre of gravity of the instrument, and renders the microscope more or less unsteady. The new method avoids this difficulty. The stage is of a new construction, very thin, so as to admit the greatest obliquity in the illumination of objects, and with clips which move round it, thus giving many of the advantages of a rotary stage. The clips may be easily and quickly removed, so as to leave a clear stage, and they may also be so applied as to Hold the slide against the under side of the stage, when very oblique light is required for resolving difficult test objects. The diaphragm is of the Iris pattern, a form wnich is generally acknowledged to be the best, but which has hitherto been very costly, those usually supplied being sold for $16. This Iris diaphragm is a new form, which, with several other features of this stand, has been patented by Mr. Wale. It may be easily and quickly applied or removed.
This Microscope is of substantial make, elegant design, and thoroughly good workmanship. It has the Society screw; draw tube with Society screw at lower end for receiving long focus objectives, analyzing prism, etc.; plane and concave mirrors^ the distance of which from the object may be varied; two Eye-pieces; 2-3 and 1-5 Objectives of Wale's Histological Series. It is very complete in all its appointments. Is capable of receiving and doing justice to any accessories, and is contained in a handsome black walnut box, with brass handle, lock and key. It is equal to all the ordinary requirements of any physician, student or naturalist. Sold only by the undersigned.
PRICE With Accessories, as above described - - -$35.00.

The novel iris diaphragm on this microscope is covered in the June 6, 1876 patent granted to Wale.

Iris Diaphragms.To the " Working Microscope " of G. Wale an inexpensive and very simple and ingenious form of " iris" is adapted, shown (separated) in Fig. 121. It consists of a piece of very thin cylindrical tube A, about 3/4 inch in length and 2 in. diameter, the whole circumference of which is cut through with shears to nearly its whole length at intervals of about 1/4 inch ; by means of a screw-collar B, attached below, this cut tube is forced into a parabolic metal shell (contained within C) whose apex is truncated to an aperture of about 3/8 inch ; the pressure of the screw causes the thin metal tongues to turn and to overlap in a spiral which gradually diminishes the aperture to the size of a pin-hole. On unscrewing the collar B, the spiral overlapping of the tongues is released somewhat, and their elasticity causes the aperture gradually to expand. As adapted to the stage of the " Working Microscope," the iris, when unscrewed until its aperture is smallest, is then almost in contact with the base of the slide ; when at its largest expansion it is about 1/16 inch lower. The whole device is fitted into the opening of the stage from beneath (so as to be flush with the upper surface) with one turn of a very coarse screw on the edge of C, a far more convenient plan than the " bayonet joint." The 1876 patent applies in part to the novel iris diaphragm 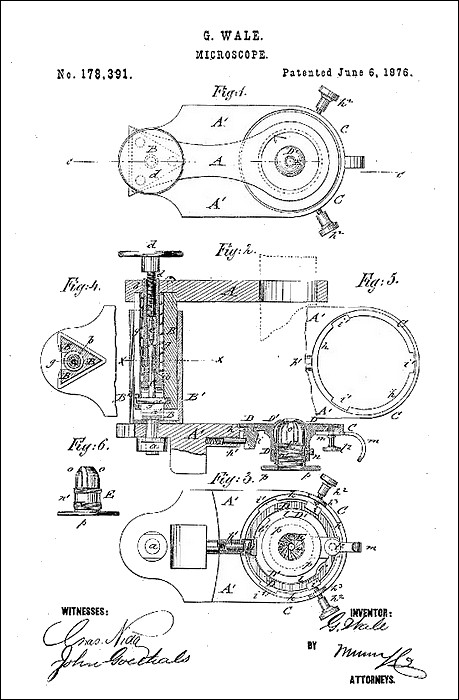 George Wale was born in the U.S. in 1840 from parents who emigrated from England. He initially worked with partners. There are known instruments signed "Hawkers & Wale" as well as those signed "Morrison & Wale". By the late 1870's he was working alone. The novel inclination mechanism used on this microscope influenced the output of other firms both in American and in England.

For a detailed history of the instrument business of George Wale see: http://microscopist.net/WaleG.html 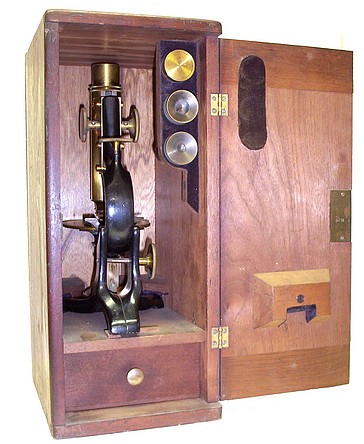