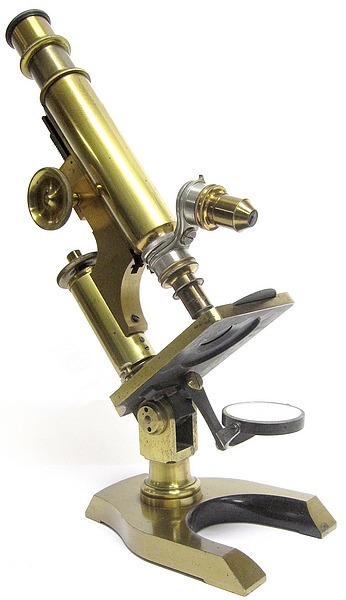 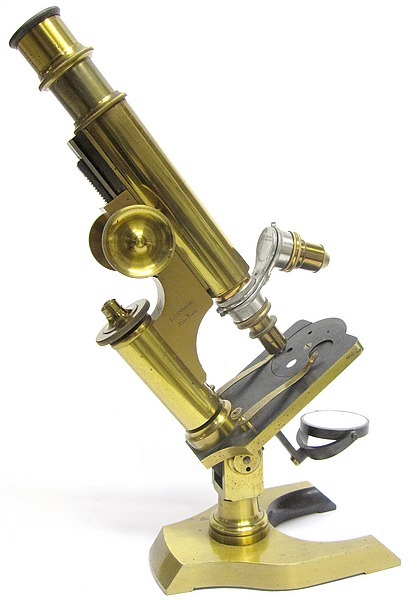 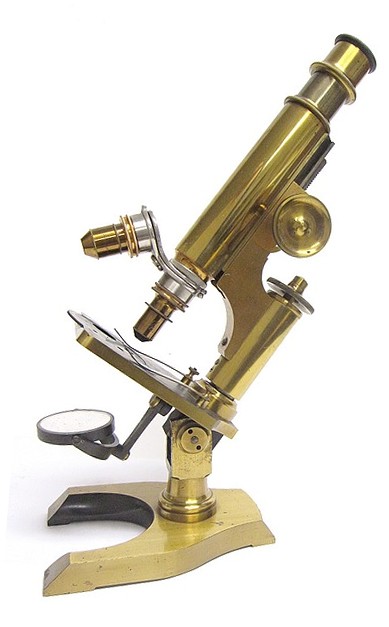 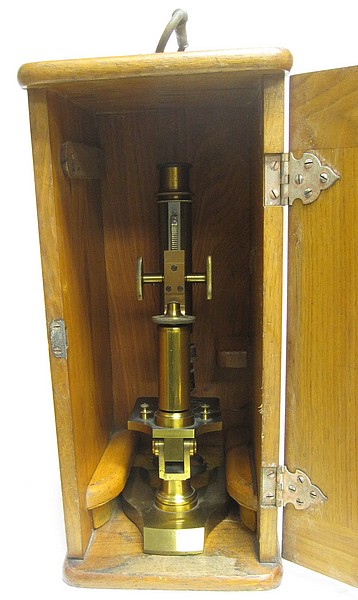 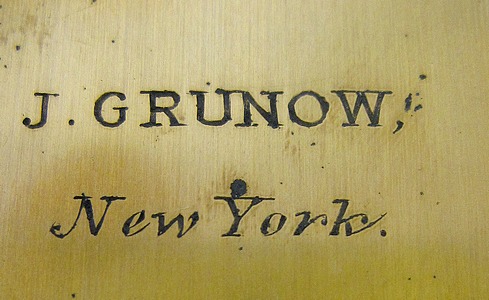 The microscope is signed on one side of the limb J. Grunow, New York having the serial number, 984, engraved on the other side. It dates from around 1890. It came supplied with two Grunow objectives marked 2/3 and 1/6-inch and a single eyepiece. An aperture wheel is built into the stage. It has the typical continental form of the period. The storage case is a replacement.

The following text and illustration were taken fron The Microscope in Botany, by J. W. Behrens, 1885

While the stands heretofore and hereafter described may be considered as representing the characteristic American type, there have always been some observers who preferred the small, compact stands of the French and German model, known as the "continental” style. Some makers have accordingly adopted a model of this type. Mr. J. Grunow, of New York, one of the earliest American makers, has always been distinguished for this class of stands, and his excellent workmanship has gone far toward making them popular for medical and histological work. His Student Stand No. 2, represented by Plate VII, is a very efficient instrument of this class, a solid little stand, with short body and limb, a draw-tube, a low square stage with included rotating diaphragm, and a heavy horse-shoe base. 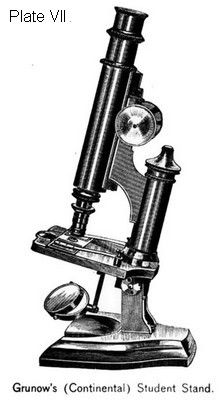 The Grunow brothers, Julius and William, emigrated from Germany to New York around 1849. They started in the scientific instrument business by first working for the optician Benjamin Pike of that city. By 1854, they began their own operation in New Haven CT where they concentrated on the production of microscopes. By 1864, they were back in New York. Some years later, the partnership ended. J. Grunow continued on to produce microscopes up to around 1892. The total output of the Grunows was limited in comparison to some other contemporary firms; on the basis of the observed serial numbers, they manufactured just over one thousand microscopes in total.

An Advertisement from the Laboratory Handbook, 1885 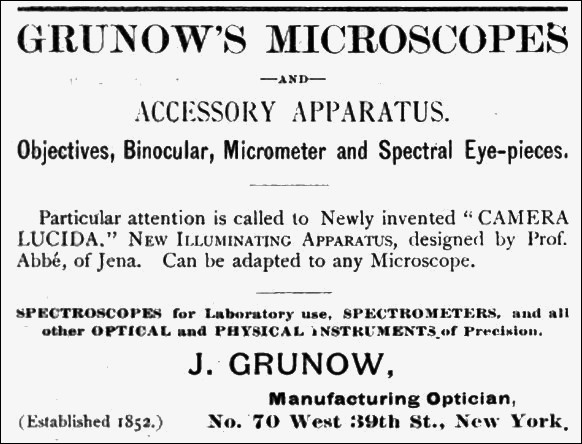 A family history of the Grunows in 19th century America written by a descendant.