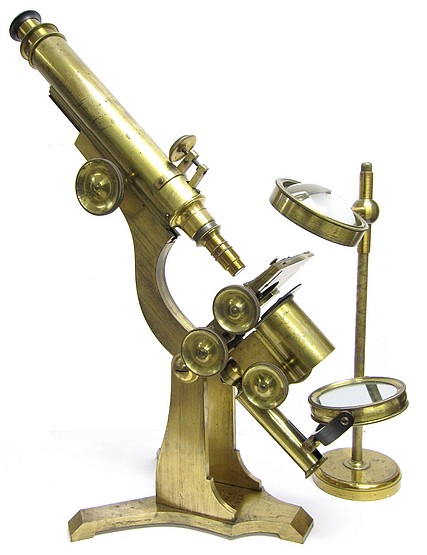 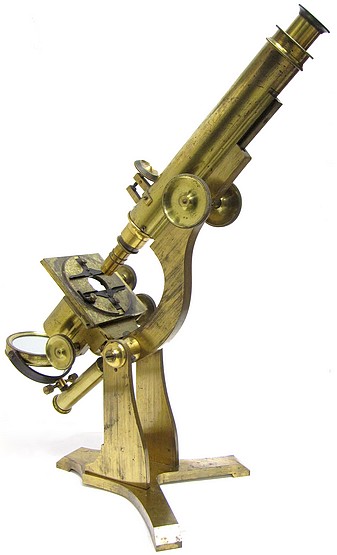 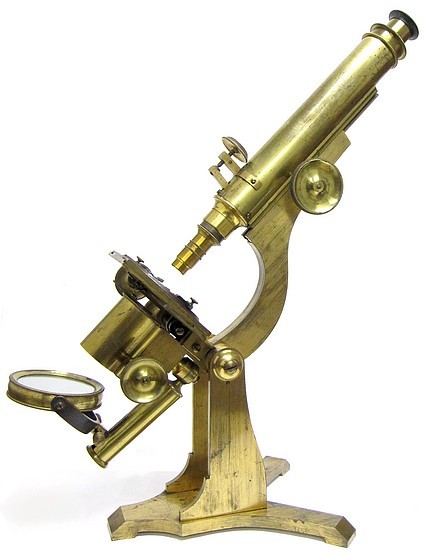 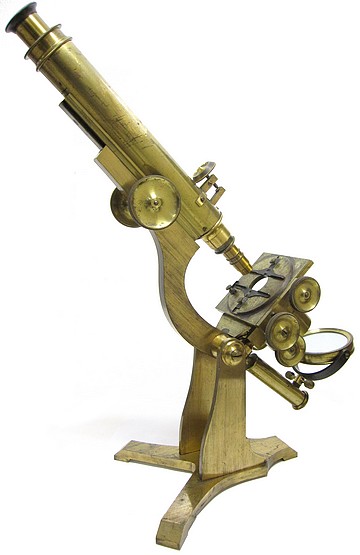 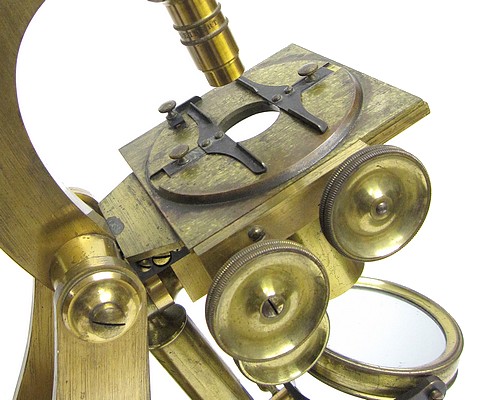 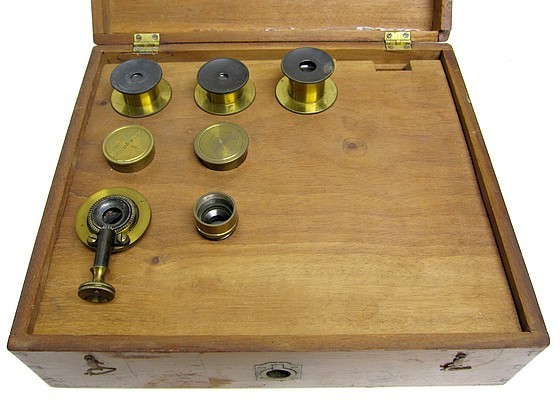 The accessories are stored in a separate mahogony box and consist of three eyepieces, two Seibert objectives in canisters, a sub-stage polarizing prism capable of rotation by pinion and a circular rack, and a nosepeice mounting analyzing prism. The microscope also came with a sub-stage aperture wheel and a free-standing bulls-eye condenser. 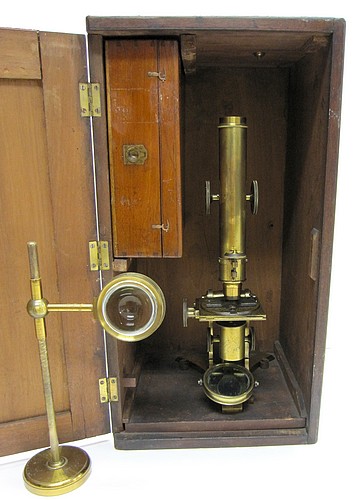 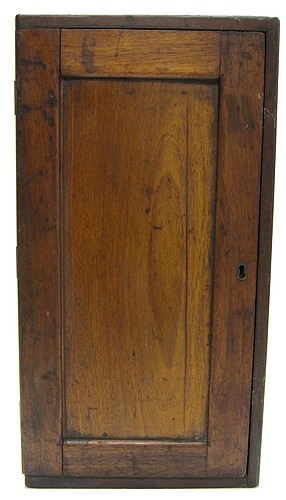 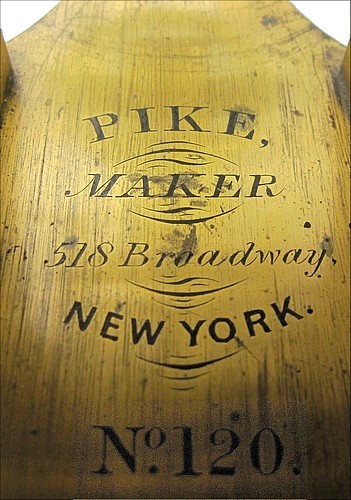 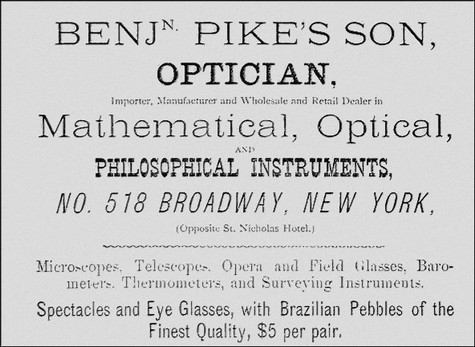 Benjamin Pike Senior emigrated to the United States in 1804. He established an optician's business in New York supplying scientific instruments. His three sons, Benjamin Jr., Daniel, and Gardiner carried on in the business with the father and later on their own, sometimes as partners and, at other times, as competitors (see this and this). It is believed that the microscope shown here was made by Daniel Pike in the early 1870's. It is a relatively large microscope measuring about 19-inches in height in the inclined position as shown in the photos. It has some features similar to those found on Zentmayer's Grand American microscope, in particular, with respect to the mechanical stage. The horizontal movement of the stage utilizes a worm screw and the vertical movement uses a fusee chain. The stage surface has a calibrated rotating disk to hold the slide. Pike also made another similar microscope, but instead of the two flat uprights and Y-shaped base, this microscope is supported on two cylindrical columns on a tripod base, much like that found on the Grand American model.

An identical example of this microscope with serial number 121 is located at the Smthsonian’s National Museum of American History.

A history of the Pike family business is online.