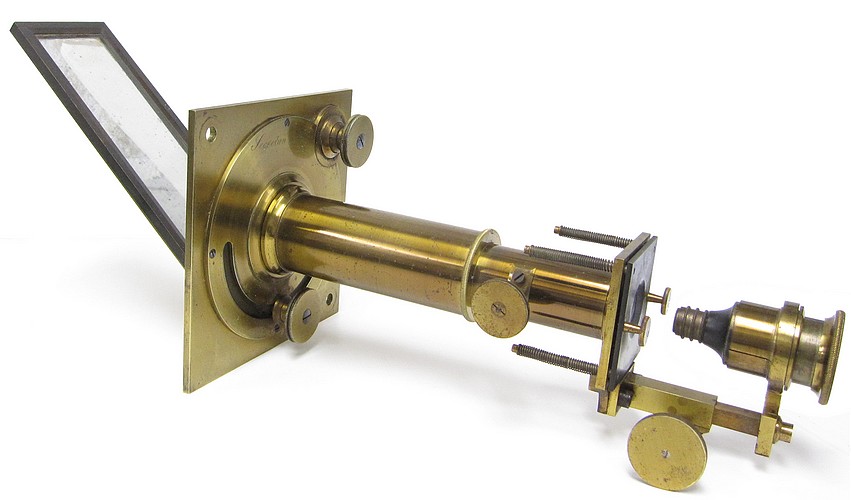 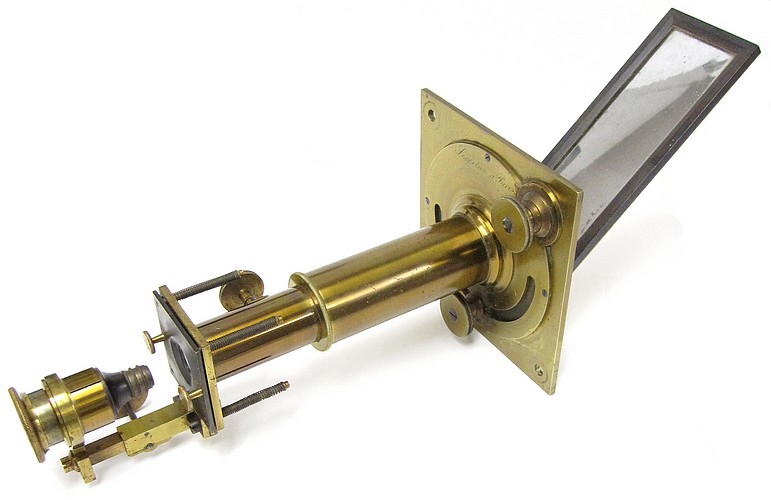 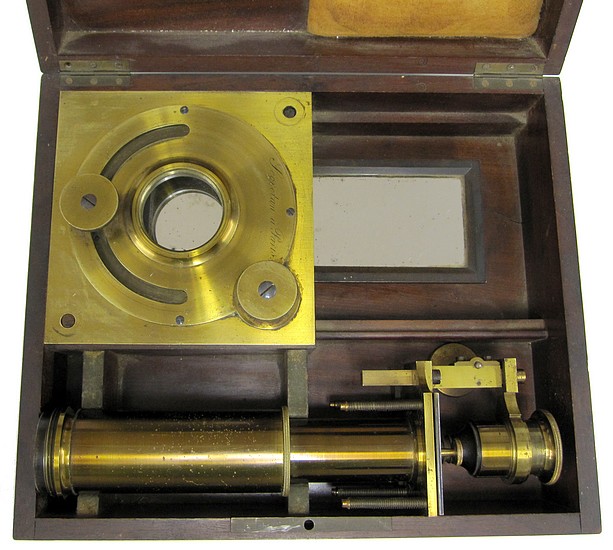 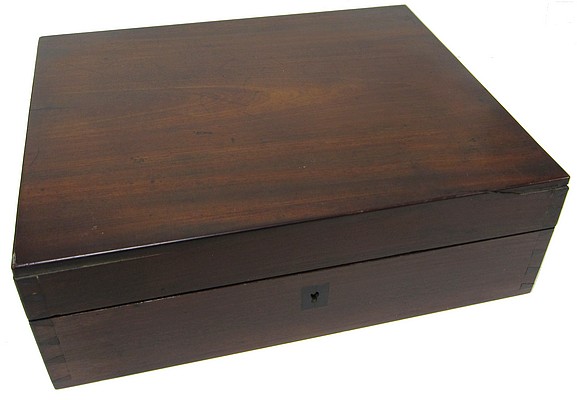 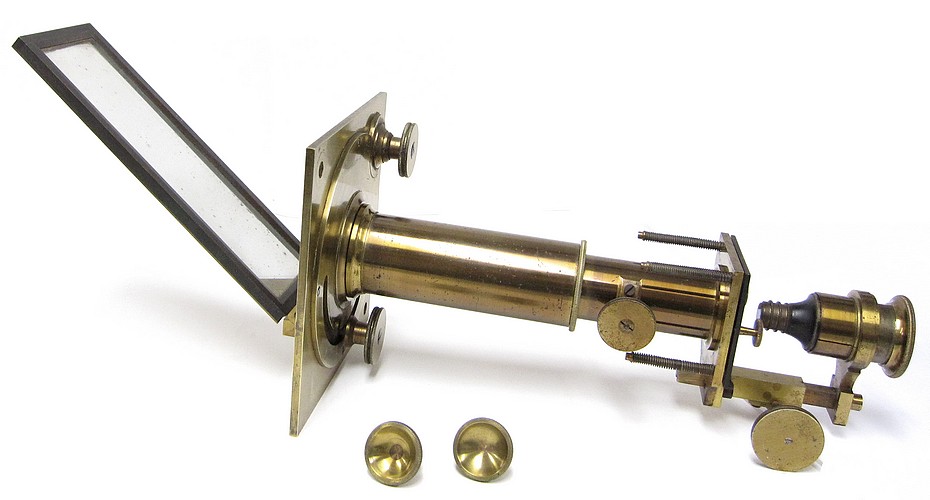 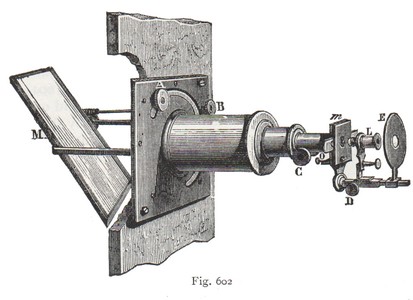 Solar microscope. The solar microscope is a magic lantern illuminated by the sun's rays which serves to produce highly magnified images of very small objects. It is worked in a darkroom : fig. 602 represents it fitted in the shutter of a room, and fig. 603 gives the internal details.

The sun's rays fall on a plane mirror, M, placed outside the room, and are reflected towards a condensing lens, l, and thence to a second lens, o (fig. 603), by which they are concentrated at its focus. The object to be magnified is at this point; it is placed between two glass plates, which, by means of a spring, n, are kept in a firm position between two metal plates, m. The object thus strongly illuminated is very near the focus of a system of three condensing lenses, x, which forms upon a screen at a suitable distance and inverted and greatly magnified image, ab. The distance of the lenses o and x from the object is regulated by means of screws, C and D.

As the direction of the sun's light is continually varying, the position of the mirror outside the shutter must also be changed, so that the reflection is always in the direction of the axis of the microscope. The most exact apparatus for this purpose is the heliostat, but as this instrument is very expensive, the object is usually attained by inclining the mirror to a greater or less extent by means of an endless screw B, and at the same time turning the mirror itself round the lens l by a knob A, which moves in a fixed slide.

The solar microscope labours under the objection of concentrating great heat on the object, which soon alters it. This is partially obviated by interposing a layer of a saturated solution of alum, which, being a powerfully athermanous substance, cuts off a considerable portion of the heat.

The following was extracted from the Lerebours et Secretan Catalogue, 1853 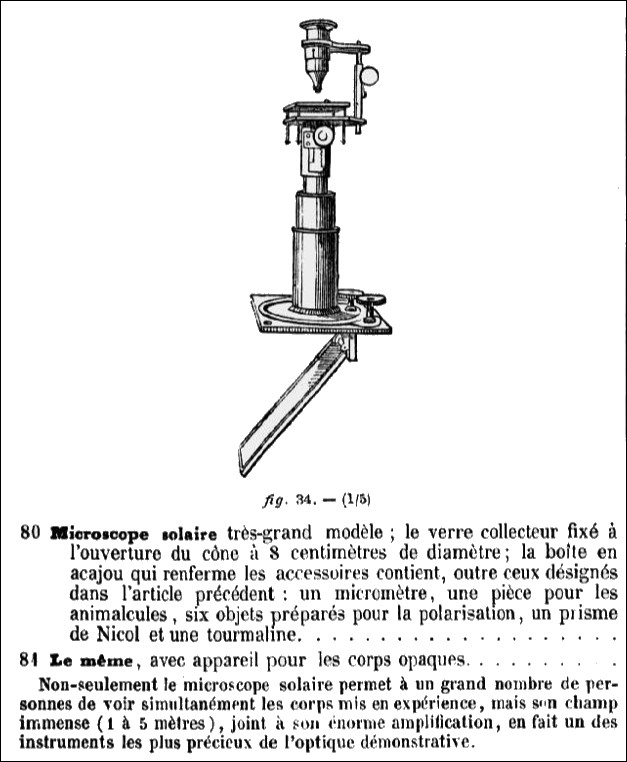 Images projected through the microscope onto a wall and then photographed 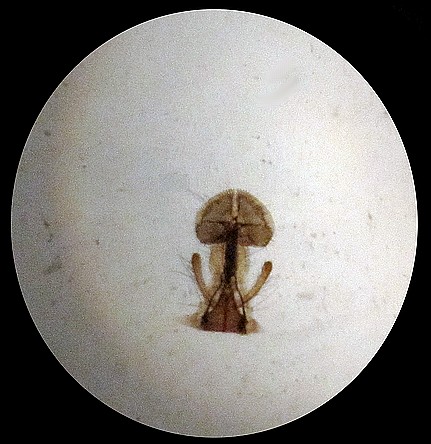 Probosics of a Blow Fly 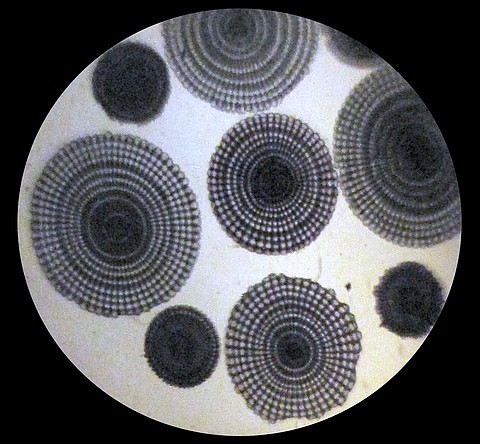 Marc Francois Louis Secretan (1804-1867), formally a professor of mathematics at Academy of Lausanne, was in partnership with Noel-Marie-Paymal Lerebours in Paris from 1845 to 1855; the firm was then known as Lerebours et Secretan until the retirement of Lerebours in 1855 at which time the firm operated under the name "Maison Lerebours et Secretan / Secretan, Successeur". By 1860, the firm was solely under the Secretan name. Marc Secretan died in 1867. The firm was carried on by his son Auguste (1833-1874) and nephew Georges (1837-1906) and later by other members of the family under the Secretan name. The precise date of the instrument is therefore uncertain, but it certainly can be dated from within the second half of the 19th century.

An essay about the firm Lerebours and Secretan is online.