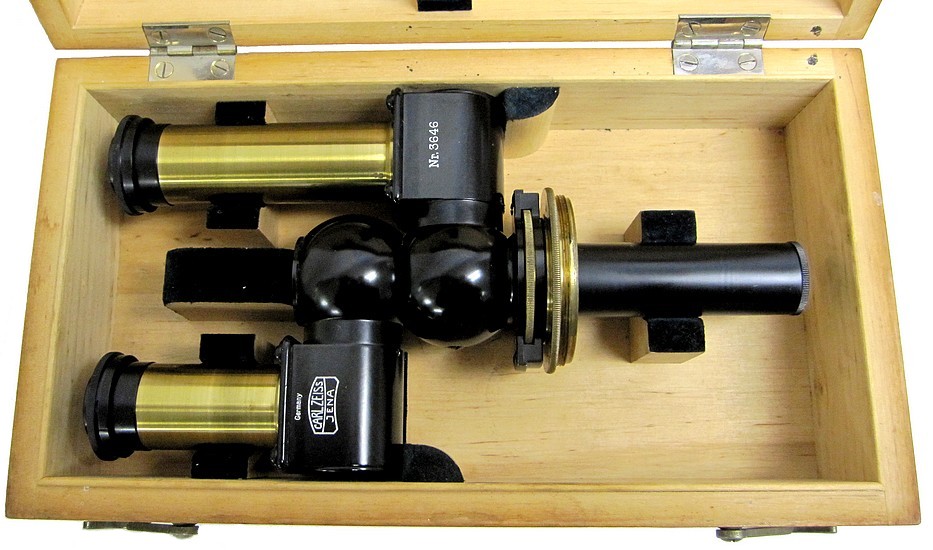 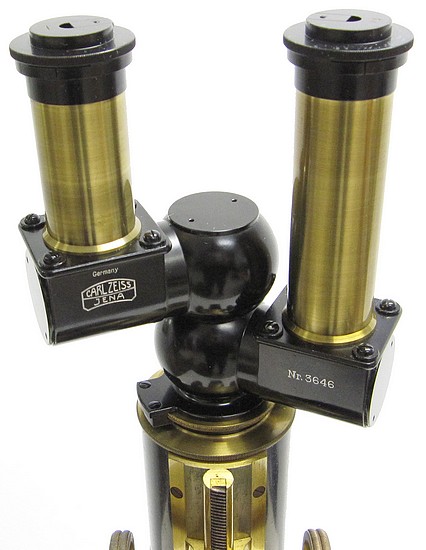 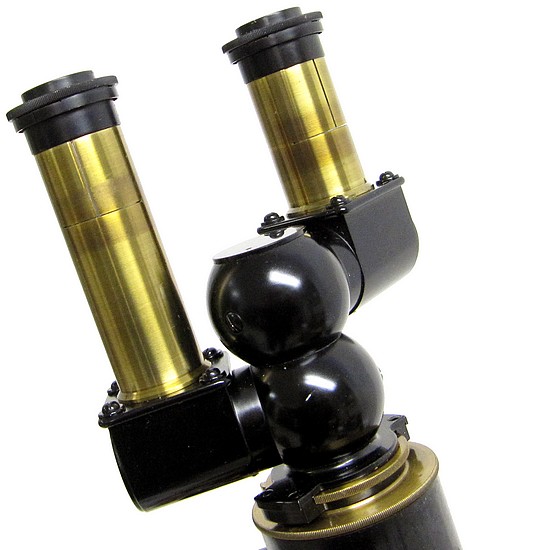 Extracted from the 1924 Zeiss catalog: 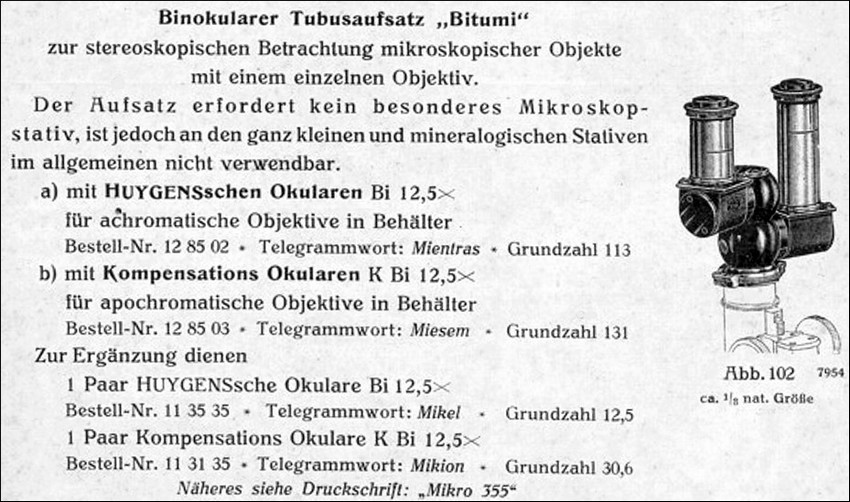 Extracted from: John Belling, The use of the microscope; a handbook for routine and research work, 1930 The following description of the principle behind this binocular eyepiece was extracted from: Ophthalmic Literature, Vol. XVIII, 76, 1922

Diaz-Caneja has experimented with stereoscopic vision as observed with the "Bitumi" of Zeiss. Helmholtz, describing the stereoscopic microscope of Nachet, said that it allowed of two images and that the instrument divided the light, sending half to each eye. This, however, is entirely different in principle from the instrument of Zeiss, the "Bitumi." The stereoscopic problem of the "Bitumi" is in reality the fusion of two unequal images, or, in other words, fusion into simple vision, of two points of disparity on the retina. To appreciate the "relief" of an object it is necessary to perceive the planes presented and to allow our visual line to act as the stick which guides the blind man. If we have to draw near or put away our fixation point, in using the "bitumi," it is proof that the object has different planes and offers a distinct relief. It is important in using the "bitumi" that the eyes preserve their parallel axes. In analyzing stereoscopic vision, it must be stated that the visual space is a practical, but not exact, representation of real space. We have not only to see, but to interpret. Microscopic vision with the "bitumi" is obtained with the use of both eyes, without using the stereoscopic diaphragms, and bearing in mind that the stereoscopic vision obtained may not correspond in reality to the spacing of the object. 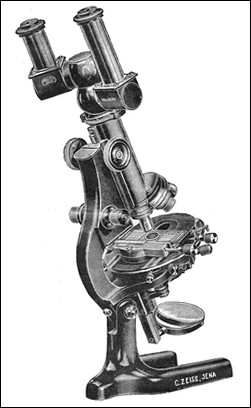