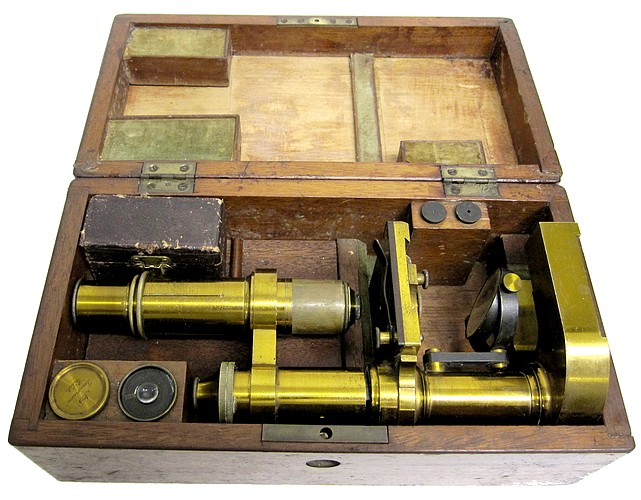 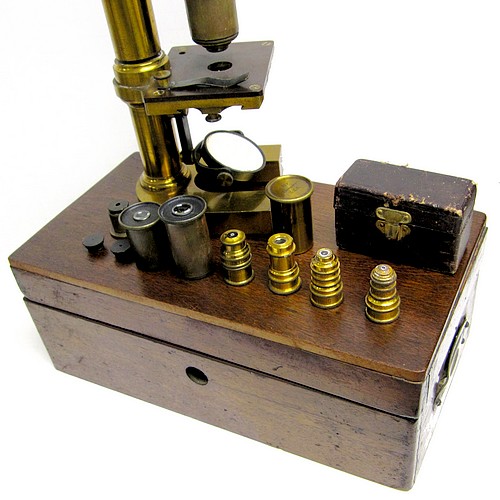 This is an example of the middle microscope, Stand-IIIa. It is supplied with oculars numbered I and III, the objectives numbered 1, 3, and 7 stored in and leather covered box, an immersion objective numbered 9 stored in a brass canister, and three substage aperture stops with holder. During this period, the firm also manufactured a IIIb model, an archaic design, which still had the fine adjustment located in the rear under the stage.

A later example of this model from 1886 is also represented in this collection. It differs from the 1878 model only in the mechanics of the substage. While the substage on this microscope incorporates a removalbe brass slide, the substage on the later model has a swivel mounting.

The following was extracted from the 1880 Leitz catalog: 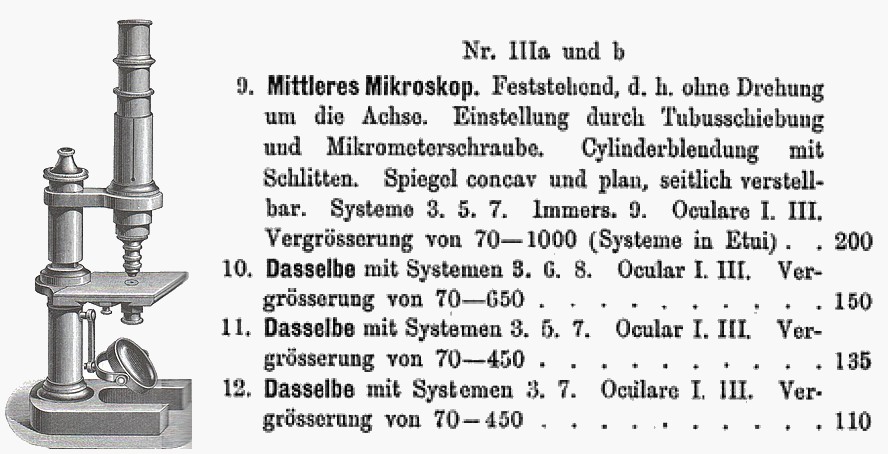 This microscope was originally the property of Rev. Robert Anderson Yoder (1855-1911). It was obtained for this collection from a descendant. A letter from the descendant accompanies the instrument is quoted as follows:. 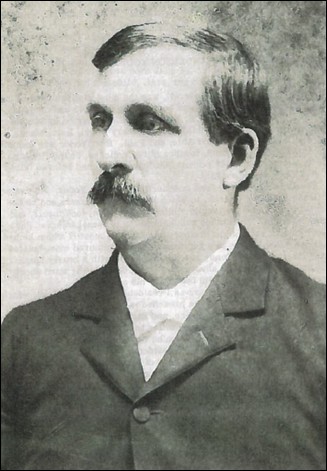 The owner of this microscope, William E. Hall, most likely received this microscope from his grandfather, Robert Anderson Yoder. Mr. Hall's handwritten name was found on a piece of tape on the inside of the wooden case.

The Rev. R.A. Yoder (1853-1911) was a minister, teacher, founder of two colleges, county superintendent for schools, county surveyor, and distinguished citizen. (Yoder, 1970). R. A. Yoder began his college degree at North Carolina College in Mt. Pleasant, NC in 1872, finishing his degree in 1877 after a year at Lincoln University in Illinois. After graduation, he served as the first teacher and superintendent at Concordia High School in Conover, NC, that later grew into Concordia College with his support and encouragement. While in Conover, NC, he furthered his studies in theology and was ordained into the ministry in 1874. Later, he earned his Doctorate in Divinity from the Lutheran Theological Seminary in Philadelphia, PA in 1884 receiving staunch criticism locally as most ministers trained within the state. R.A. Yoder served as professor and president of Concordia College until 1891 when he left Concordia to found a new college, Lenoir College, in Hickory, NC, and serve as president until 1901. Known as a consummate scholar, educator, and theologian, R.A. Yoder was gifted as a teacher, minister, and speaker and at various times taught mathematics, botany, English, philosophy, and pastoral theology (Yoder, 1970, pg. 151). It is most likely that this microscope was purchased and used during R.A. Yoder's tenure at Concordia and Lenoir colleges to later share with his grandson for his undergraduate studies at Lenoir College.