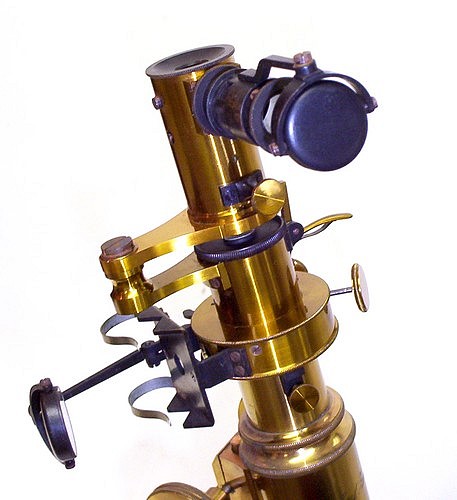 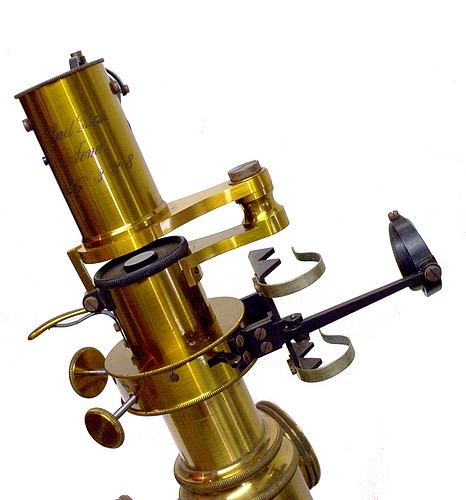 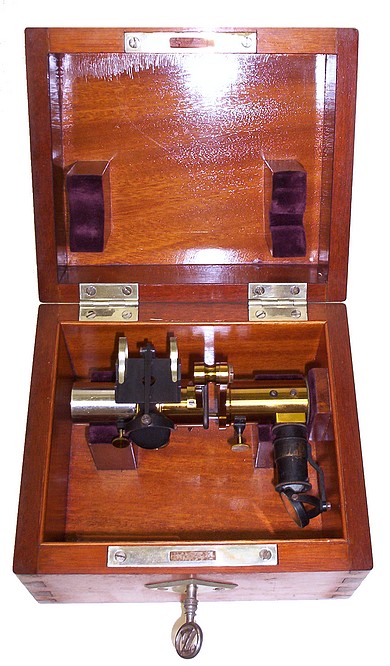 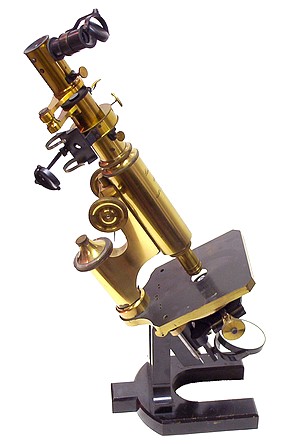 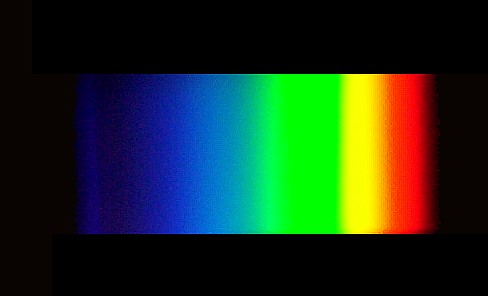 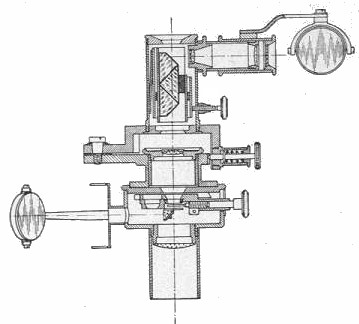 This is an Abbe microspectroscope signed “Carl Zeiss, Jena, No. 338” dating from the last quarter of the 19th century. It is designed to replace the eyepiece of a microscope and allows the observation and measurement of the visible absorption spectrum of a microscopic specimen. It measures about 5-inches long. The instrument is equipped with numerous adjustments and mirrors to control slit widths and light sources. A calibrated scale can be projected onto the spectrum and the spectrum of a comparison sample can be observed simultaneously with that of the specimen by place a tube containing a solution of the sample on the stage of the microspctroscope.

From the Zeiss catalog:

Spectroscopic Eye-piece (Micro-spectroscope) after ABBE. Achromatic upper lens adjustable to focus on the slit as above. Mechanism between the lenses for contracting and expanding the slit by symmetrical movement of the laminae (after Merz) by means of the screw F; these may be sufficiently widely separated so as to open the whole visual field. The screw H serves to reduce the length of the slit to such an extent, that, the comparison prism being inserted, the image of the object under investigation completely fills the slit. Comparison prism with lateral frame and clips to hold the object and the mirror. All these parts in a drum combined with the eye-piece.

Above the eye-piece, an Amici prism of great dispersive which may be turned aside about the pivot (K) to allow of the adjustment of the object being controlled, the prism being retained in its axial position by the spring catch L. A scale is project on the spectrum by means of a scale-tube and mirror attached to the mount of the prism; the divisions of the scale indicate decimals of a micron. the wavelengths of the section of the spectrum superposed by them. The screw P is for adjusting the scale relative to the spectrum.

The apparatus is inserted into the tube in place of the ordinary eyepieces and is clamped to the former by means screw M in such a position that the mirrors A and O serving to illuminate the comparison prisms and the scale ot wave-lengths are simultaneously illuminated by sun-light. In case, including set of lithographed scales for recording observations. 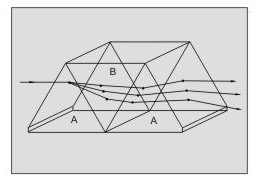 The AMICI prisms generate dispersion of polychromatic light with simulaneous correction of divergence. All the dispersed beam output from the prism are parallel to the input beam. These Prisms consist of three prisms, which are cemented together Two of the three prisms (A prism in the left draft) are made of different material lo the other prism (B prism in the left draft). Typical combination of materials are Flint galss for A and Crown glass for B.

*** Zeiss publication on use of the microspectroscope ***