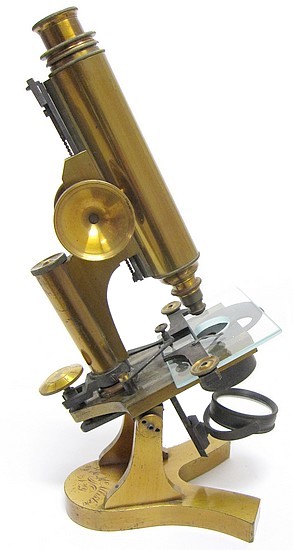 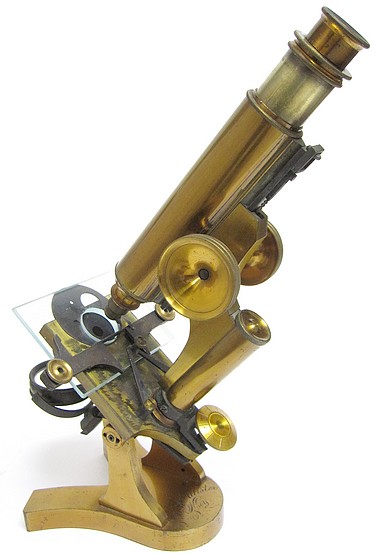 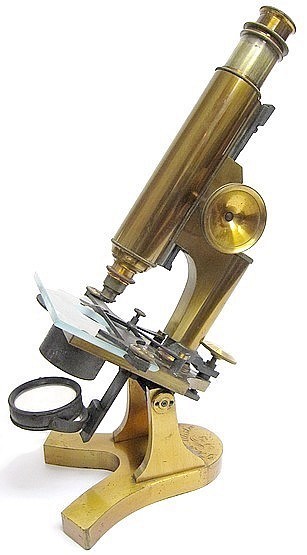 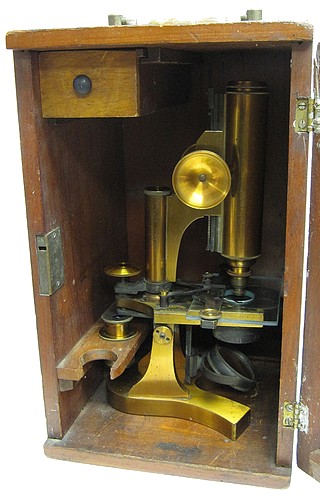 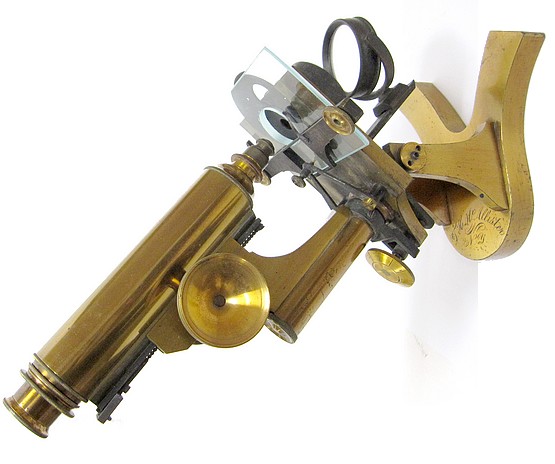 This advertisement was extracted from the Annals of Anatomy and Surgery Vol. II, 1880. 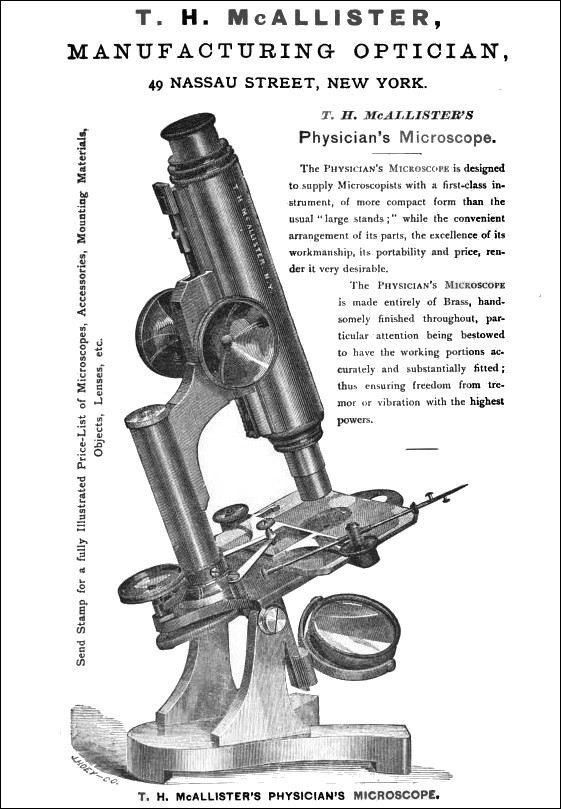 "The Physician's Microscope is designed to supply microscopists with a first-class instrument, of more compact form than the usual large stands, while the convenient arrangement of its parts, the excellence of its workmanship, its portability and price, render it very desirable. The Physician's Microscope is made entirely of Brass, handsomely finished throughout, particular attention being bestowed to have the working portions accurately and substantially fitted; thus ensuring freedom from tremor or vibration with the highest powers."

Typical of the microscopes manufactured by T. H. McAllister is that the coarse focus mechanism utilizes fusee chain instead of the much more common rack and pinion method used by most other manufactures. The fine adjustment knob has the unusual location being behind the limb and at the level of the stage; the mechanism raises and lowers the limb and the attached tube (a similar mechanism was used by L. Schrauer with the early version of his Physician's model and by J. Zentmeyer with his Student's model). 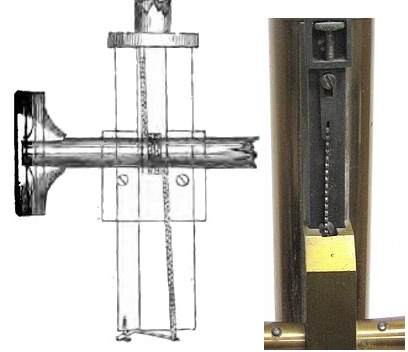 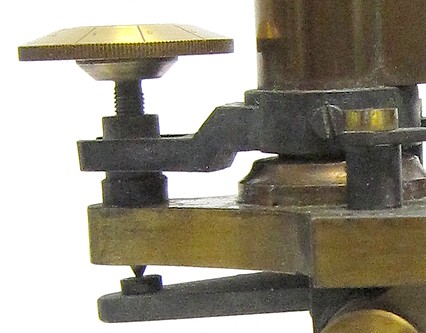 Other microscopes made by T. H. McAllister include the Student's Model , the smaller Popular Model, and the top of the line Professional Model

The McAllisters were a family of opticians that were active in the scientific instrument trade for over a century starting in the late 18th century with John McAllister Sr. (1755-1830). They had businesses in Philadelphia and later in New York. Thomas. H. McAllister (1824-1898) moved to New York around 1865. Unlike the Philadelphia based part of the family, he actually manufactured and sold his own microscopes as well as those by other manufacturers. See: the McAllister Family Business Timeline. and The McAllister Family 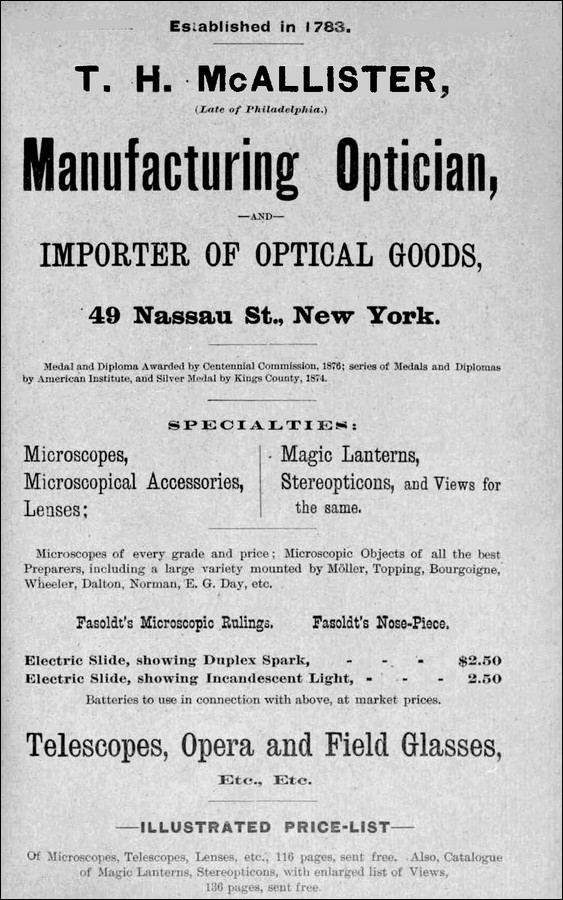